The Florida Marching Band Championships, one of the biggest of its kind, was born, and grew with more than 90 of Florida’s most successful programs in attendance at the end of the marching season.

Inspired by Jon’s vision to start a State Concert Festival for Florida Bands, Choirs and Orchestras, as well as the opportunity to include other groups across the country, Sunshine State Music Festivals became a reality!

Through years of experience, together and individually, Cathy and Jon: 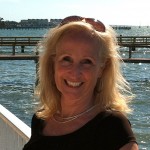 I got into all this Music World stuff with a baton in my hand — and NOT a conductor’s baton. Yes! I was a “baton twirler,” and if we wanted to be in band and twirl, we had to play an instrument. I fell in love with “the drummer,” got married, and had four kids who are all involved in music, in one way or another.

I attended Florida State University (and twirled at halftimes, of course) to be an elementary school PE teacher, and to have the chance to play with kids all day. Well, that’s still kind of what I do, in one way or another. It’s all about the kids, showing off what they love to do, with a music sound track, whether live or recorded!

Cathy Kersten has been involved with bands, auxiliaries and festivals since 1980. With projects like the Outback Bowl mass halftime and her former company, Dynamic Music Festivals, she believes it’s not just those who come to her events, but it’s those that return year after year!